MONDAY, FEBRUARY 12: It is now official Sirromet Wines of Queensland has been awarded #1 Most Voted White Wine for their 2013 Le Sauvage Chardonnay in Tasting Book’s Best Wine in the World competition 2017. Named as the world’s largest wine competition, the initial 3-month voting phase in Tastingbook.com concluded on 31st October 2017 and gathered an astonishing 1,333,896 votes from over 620,000 wine lovers and professionals from 105 countries. After the voting closed, only 180 most voted wines in six different categories progressed into the finals. The final judging took place in Helsinki on January 12-14, 2018, with a jury of wine professionals from around the world. Results were released on February 12 officially confirming Sirromet Wines 2013 Le Sauvage Chardonnay as the #1 White Wine in the World. END_OF_DOCUMENT_TOKEN_TO_BE_REPLACED
0 0 sirromet_admin sirromet_admin2018-02-12 15:01:452018-10-24 11:52:08QUEENSLAND WINE VOTED #1 WHITE WINE IN THE WORLD
SIRROMET REACHES OVER 900 WINE AWARDS SINCE OPENING IN 2000 WEDNESDAY, OCTOBER 4: Sirromet Wines of Queensland has won Gold medals for their 2014 Le Sauvage Syrah Viognier and 2014 Signature Collection Cabernet Sauvignon in the AWC International Wine Challenge in Vienna last month, bringing the Sirromet Wines’ award tally to over 900 National and International awards since opening in 2000. “We are very proud to have reached the milestone of 900 awards and excited to see Sirromet and Queensland becoming increasingly recognised for producing premium quality wines on the world stage,” said Chief Winemaker Adam Chapman. Sirromet attributes the flavour and quality of their wines to the exceptional fruit grown in their three vineyards at 820-metres altitude at Ballandean on the Granite Belt.With over 100 hectares under vine Sirromet is the leading and most awarded Granite Belt producer.  END_OF_DOCUMENT_TOKEN_TO_BE_REPLACED
0 0 sirromet_admin sirromet_admin2017-10-04 15:17:012018-04-17 15:17:17SIRROMET REACHES OVER 900 WINE AWARDS SINCE OPENING IN 2000 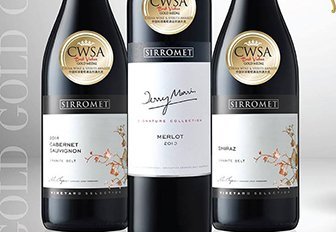 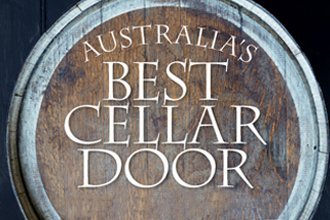